Power Plus Productions Kicks Off 2021…

Posted: February 23, 2021 by Power Plus Productions 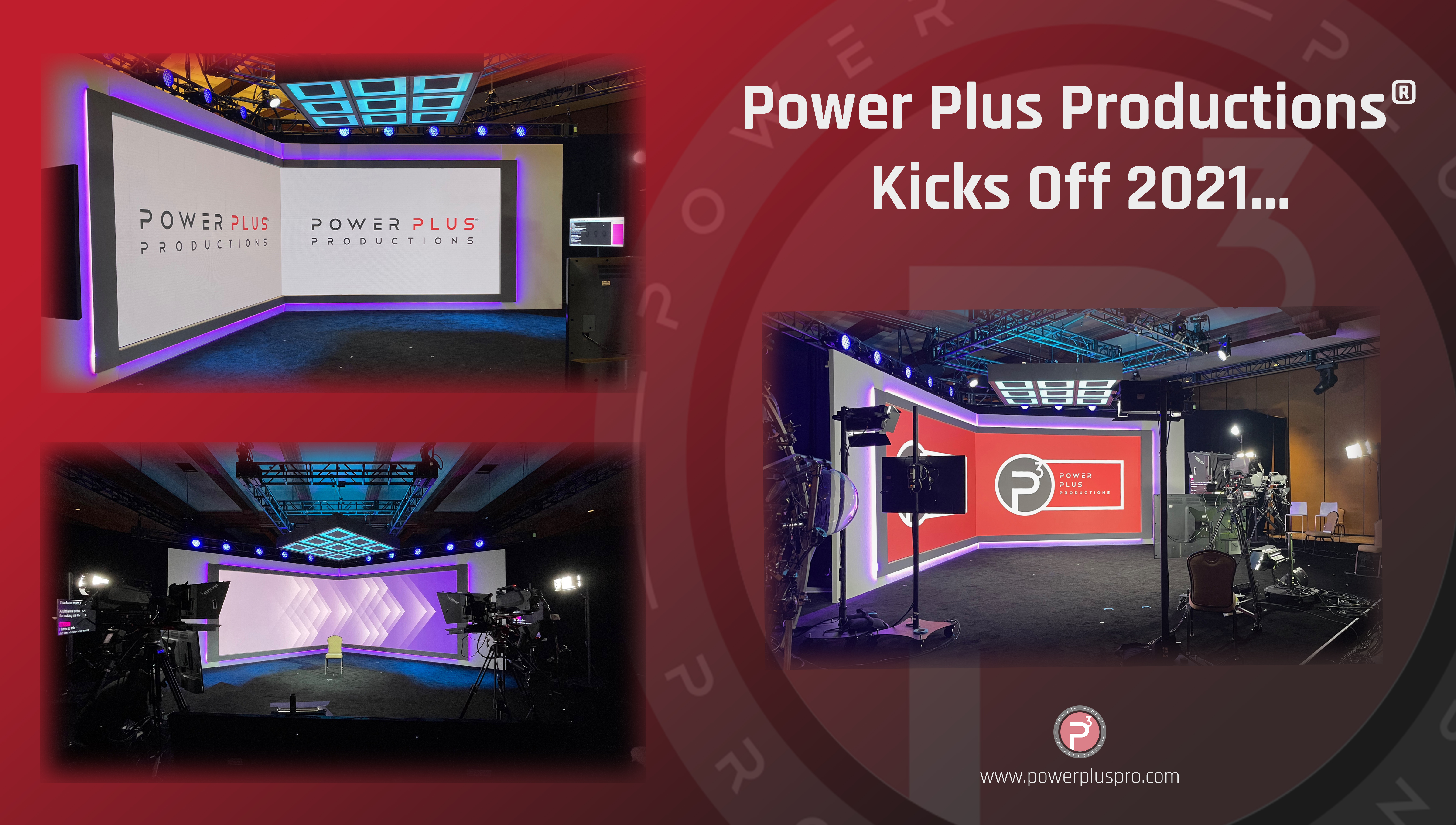 San Diego, California – February 23, 2021 – On January 27, 2021, Power Plus Productions created a complete studio set up for a premier launch event at the Hyatt Regency Huntington Beach. The Covid-19 safety protocols included testing all participants for the virus and daily temperature checks throughout the event.  We built studio control in one ballroom and the presentation space in another to ensure social distancing by separating presenters from technicians.

To move away from the standard video conference call appearance, this broadcast was designed to look like a television show. Two 8 by 15 foot LED video walls set in a V-shape provided high resolution backgrounds created the depth for four camera with titles and graphics keyed over them. The audience was engaged with a lot of movement provided by the four camera angles changing position continually and the frequent use of a jib mounted camera.  The video backdrop adds to the motion without loss of clarity thanks to the 2mm LED.

To execute a live television style shoot there were many moving parts. We created a digital speaker ready room in yet another ballroom location where presenters could prepare and rehearse live how they would appear to viewers during the broadcast. During the event, our client utilized their own existing theater-like facility on the East Coast for executives unable to travel so they could present live. The event then concluded with live entertainment from a third studio location in Nashville. Our team successfully connected both remote locations for seamless interaction. The final feed was then securely broadcast to the client’s server allowing only employees with log in authority to view the event in full.

Power Plus Productions is thrilled to have flawlessly executed this event as part of the start of our year!