Posted: March 4, 2005 by Power Plus Productions 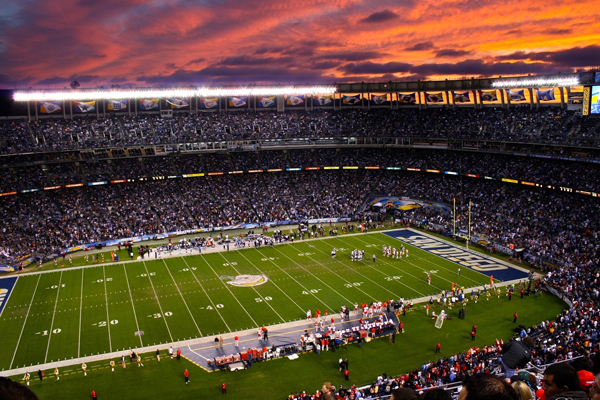 Lane Rickard founded Power Plus in Salt Lake City in 1984. The business was later moved to San Diego County, where it remained in operation until February 1998. Power Plus was inactive from 1998 until 2003, during which time Rickard worked for another San Diego-based event production company. In January of 2003, Power Plus incorporated and reopened as a full-service entertainment production company under its new name “Power Plus Sound & Lighting, Inc.”, with the goal of providing the best equipment and personnel at an affordable price for virtually any type of event. Today, Power Plus Sound & Lighting not only houses an impressive inventory of top-notch gear, but also a full range of technical, production design and management staff.

“Next to offering the very best in equipment, the key to our continuing success lies in the experience and professionalism of our engineering and production talent”, states Rickard. “Quality and success can only come from the ‘been there, done that’ staff that now makes up Power Plus .”

Included in Power Plus Sound & Lighting’s impressive list of projects and clients are the San Diego Chargers, for whom the Northern San Diego-based firm began providing additional sound reinforcement in Qualcomm Stadium over a decade ago. What began as a relatively simple augmentation of the aging stadium’s original sound system a horn loaded point source cluster located at the top of the main scoreboard at the far end of the venue has evolved into a state-of-the-art, multi-zone distributed system that fulfills the broad scope of demands placed on sound reinforcement in outdoor venues today while remaining astoundingly portable.

“There are a lot of things to consider in this type of situation”, explains Rickard. “Next to the obvious goals of optimal coverage and a healthy frequency response, you’ve got to interface with various broadcasters, the media, the teams and coaches. You want to give the audience good, powerful sound without interfering with the communication on the field. Also, the media has to be able to get the audio they need without our sound getting in the way. Lastly, the whole thing needs to be setup and struck in a timely manner for each game.”

When the Qualcomm Stadium was built in 1967, point-source systems were the rule of the day. Now, with the ubiquity of DSP based electronics, most stadium sound systems are distributed. Among the biggest benefits of this configuration are; more even distribution and better frequency response. In addition, the difficulties associated with gain before feedback with mics on the field and the difficulty the performers have dealing with the time delay issue are reason enough to vote for a distributed design.

We started out back in the nineties with a basic rock-‘n’-roll approach,” Lane recalls. “We stacked 2 large clusters below the scoreboard system then added one set of delays. This gave us the impact we wanted for about 50 yards. The issue we were up against was the valuable real estate on the field.” Over the years, the stadium was remodeled several times, adding seats and eventually transforming the original horseshoe into essentially a closed oblong. Each remodel, combined with the growing sports market, technological advances and stiff competition, raised the bar regarding expectations on the sound system.

Long a proponent of WorxAudio loudspeakers and with an inventory of over 200 units, Power Plus redesigned the Chargers system around them. With the advent of more efficient boxes, Power Plus was able to reduce the footprint of each delay zone while maintaining the impact of the presentation. The current system, which is still implemented as an augmentation of the original stadium cluster, adds 10 zones of 2 dual 18″ subwoofers and one mid/high speaker each, all manufactured by WorxAudio. The zones are distributed so that they place a source at 20-yard intervals across each side of the field, with 2 additional zones placed nearer to the original cluster.

In the spring of 2003, the original subs were replaced by WorxAudio WaveSeries 218S, and custom Max Series 2.5A’s.”The new driver technology these boxes incorporated just offered too many advantages to pass up,” explains Lane. The 218S is a dual 18″ bass-reflex subwoofer in a tilt-back rolling enclosure, extending to 31 Hz and offering up a continuous SPL of 131 dB and peak power rating of 2400 Watts. The Max Series 2.5A is a compact, arrayable full-range system featuring dual 12″ low frequency drivers in a tuned enclosure and a 3″ compression driver with an aluminum diaphragm coupled to a stabilized waveguide, as well as an integrated rigging system. With a frequency response of 56 Hz to 18 kHz, a continuous SPL rating of 130 dB and a power handling capacity of 800 Watts (LF)/160 Watts (HF), it offers a great deal of sound and efficiency for its relatively compact size.

“Lane and I have been working together for over 15 years”, exclaims Hugh Sarvis, CEO/Director of Engineering at WorxAudio. “We collaborated extensively on this system. The time-alignment issues with a multi-zone system are very complex and not as easy to solve as a lot of people seem to think, especially in this type of outdoor venue. Also, each processor adds more latency, further complicating the issue.”

The Chargers system received a further and crucial upgrade with the integration of Crown’s I-Techs power amplifiers. “I think we were the first company in Southern California to add the I-Series amps to our inventory,” exclaims Rickard. “We received a couple of palates in June 2004 and immediately set to work to integrate them into the Chargers system. They proved to be a real godsend, saving us a couple racks of outboard equipment and eliminating several other problems.”

The distributed nature of the clusters and the need for inner-speaker processing would normally call for several racks of expensive digital processing equipment. Since integrating the Crown I-Series amps, only 2 racks of I-T4000 and IT-6000 amplifiers are required due to the extensive DSP capabilities they offer. By using their integrated DSPs for loudspeaker processing, the need for outboard processors was eliminated. Each I-Tech amp can have unique settings for the loudspeakers it drives, allowing accurate phase alignment not only of the components within the speaker, but also time alignment of the cluster to the main speaker array. By greatly reducing the number of system components, both the efficiency and the reliability of the system could be noticeably improved. “Based on the variability of different DSP filters, we had Mr. Sarvis come out to our facility and re-TEF not only the Chargers system, but all of our production systems with the I-Tech amps, says Rickard.

In addition to reducing truck space, power requirements, cost of equipment and setup and strike time, the Crown I-Tech amps allow Power Plus to monitor impedance and other statistics associated with pushing a system to its limits. Crown’s IQwic software communicates with the I-Tech amps via a standard Fast Ethernet network. Utilizing these standard IP capabilities, one of the amp racks was outfitted with a single-space Windows computer and each amp rack has an Ethernet hub. The creme de la creme is a custom-built wireless LCD touch panel, which, in combination with a wireless access point, allows remote access to all amplifier settings. “The engineer can walk around the venue and make adjustments or monitor amplifier status from anywhere in the stands,” says Lane. “It’s a beautiful thing.” Power Plus also created a number of custom control pages within IQwic, allowing real-time monitoring of the system. Based on these observations, it was possible to develop and implement a voltage limiter setting for all the amps in the system in a matter of seconds. “We’ve been waiting for these kinds of abilities within an amplifier for a long time,” Rickard adds.

“We also love the fact that we can put 8 amplifiers in a single rack with the same weight as half that number of traditional amps,” Lane continues. “Through careful engineering of the entire system and the powerful technology of the Crown I-Techs and WorxAudio boxes, we are able to roll one less truck and reduce the manpower and setup/strike time, while increasing the overall satisfaction to our client.”

A post-season game during the torrential rains in Southern California this January provided the ultimate test: The stadium field had to remain covered until the NFL gave the approval for set-up one hour before the game. With ten minutes to spare, Power Plus was able to setup and check the entire system, which had been staged in the end-zone tunnel.

The right gear and the right people, that’s what Power Plus is all about, Lane concludes. “Cutting-edge equipment gives our staff the tools to keep us ahead of the competition. At the end of the day it’s what you do with the equipment and most importantly, how you address your clients’ needs that makes or breaks you.” We couldn’t agree more.